I would like to define Shariah as “The Commandments of God [Allah] derived from the primary sources of Holy Quran and Sunnah, for all human activities which include Aqidah (Belief), Akhlak (Human Behaviours, Attitudes and Ethics), and Fiqh (Ibadat – Rules of Worshipping; Munakahat -Family Laws; Mu’amalat- Trade and Commercial laws; and Jinayat – Criminal Laws)”

Many Islamic scholars, politicians and managers, particularly in Islamic Nations all over world are eager to implement “Shariah” in their companies or Nations. Notably what I have been observed till today is that many of them failed to integrate “Shariah” and “Management” in the contact of today’s running or managing of modern world.

Those so called experts in the field of “Shariah” have little knowledge of modern management managing in running a very complex of present company or nation. Because of this situation, many Islamic scholars and Islamic Politicians cannot explained in the language of present modern management. Most of the explanations are academics in nature and operational model in the contact of today’s modern world cannot be realised. This is because most Islamic Scholars or Islamic Leaders have little knowledge of management, and thus their explanation cannot meet to the level of understanding of modern managers and leaders.

This situation resulting in the modern managers and leaders, Muslim and Non-Muslim alike, of today failed to understand “Shariah” and thus could not imagine how “Shariah” can be applied in managing the present modern world. For modern managers they cannot see how ‘Shariah” to be implemented in managing of a company. Politicians too failed to understand how “Shariah” which have been practised by Prophet Muhammad [Peace be upon him] may be applied in running of today technological and digital modern company or nation. Because of this misunderstanding, they reject the application of “Shariah” to running of a company or a state.

Here I would like to explain my understanding of “Shariah” in a very simple, but in a complete way. This is to help Islamic Scholars, Managers and Politicians to structure their explanations to other Muslims or Non-Muslims alike, in more simple and complete way and they can understand easily from their level of thinking or from their angles.

My approach of explanation “Shariah” is to give them an overview or a bird eye view of ‘Shariah’ in the form of ‘Mappicxs’, so that they can have an overview or holistic view of “Shariah” which includes , the following : 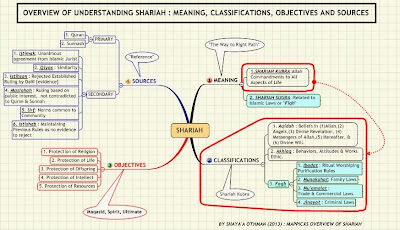 The word “Shariah” literally means a waterway that leads to a main stream, a drinking place, and a road or the right path. From this meaning, the word Shariah was used to refer to a path or a passage that leads to an intended place, or to a certain goal.

Karim (2005), elaborate further on Sharia whereby Sharia is an Arabic word that literally means “the road to take or the line to follow.” Sheikh Syalthut (1959) p.68, defines the terminology of Sharia as a set of divinely pre-sanctioned lost and rulings, or prescribed principles which Muslim should abide themselves so they can relate to Allah as well as other human beings

Although the word Shariah and its different derivative forms are mentioned in five places in the Qur’an, its extensive use only came into vogue much later, for the words Islam and deen (religion) were more commonly used to express the same meaning in the early days of Islam.

2. SOURCES OF SHARIAH
It is important to note that al-Shariah or The Commandments of Allah are from Holy Quran and Sunnah which are considered to be the most important Primary Sources. Sunnah which is also commonly referred to hadith is consisting of all sayings, deeds, and approvals of Prophet Muhamaad (peace be upon him). 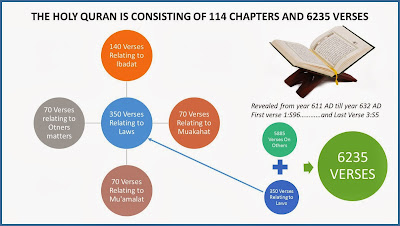 Since Faqh is already included in Shariah Kubra, all my discussion in this book, the term Shariah is used as Shariah Kubra. This is to avoid confusion and maintaining consistency in understanding and discussion.

Shariah, conceptually, refers to a set of rules, regulations, teachings, and values governing the lives of Muslims. However, these rules and regulations, contrary to how they are often described by many non-Muslims, cover every aspect of life. Shariah embraces worship, morals, individual attitude and conduct, as well as the political, social, economic, criminal, and civil spheres.   The Shariah, therefore, is a path – set by Allah for those who accept Him – to follow, in order to attain success both in the worldly life and in the hereafter. In short Shariah is a commandment of Allah.

Many commonly understand “Shariah” in a very narrow scope which is confined to Islamic Law relating to “Munakahat” and “hudud”.  They are happy if “Munakahat” or Islamic Family Laws are being implemented. On the other hand being ignorant some quarters of Muslim are pushing only “hudud” which is only a subset of Criminal Laws to be implemented. Other aspect of Shariah which include Aqaidah, Akhlak  Faqh Ibadat, Faqh Mu’amalat and Faqh Jinayat are being side line or not giving emphasis.

As further illustrated in Mappicx Chart 2, we can see that “Munakahat” or Islamic Family Laws is one of “Faqh” and “Faqh” is one of three Classifications of “Shariah”. 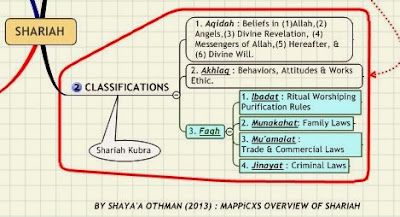 “Hudud” is the penal laws of Islam. This word is the plural of “hadd”, which means prevention, hindrance, restraint, prohibition, and hence a restrictive ordinance or statute of God, respecting things lawful and unlawful. Thus hudud is part of “Jinayaat” or Islamic Criminal laws which is one of the three Classifications of “Shariah”[2].

In legal terms Shariah takes on the meaning of laws or commandments relating to all aspects of human life established by God [Allah] for mankind.

At this initial of understanding I would like to define Shariah as:

Shariah as “The Commandments of God [Allah] derived from the primary sources of Holy Quran and Sunnah, for all human activities which include Aqidah (Belief), Akhlak (Human Behaviours, Attitudes and Ethics), and Fiqh (Ibadat – Rules of Worshipping; Munakahat -Family Laws; Mu’amalat- Trade and Commercial laws; and Jinayat – Criminal Laws)”

Maqasid is an Arabic word [singular maqsid] which carries the meaning of goals or purposes and when it refers to Shariah [Maqasid Al Sharia] it specifically means the goals and purposes of Shariah. There are three other Arabic words that are found in the relevant literatures of usul al-fiqh that convey similar meaning as maqasid. These words are hikmah [wisdom], ‘illah [effective cause] and maslahah [interest or benefits].

The approach to Maqasid was not given special attention even many of the reputable text of usul al-fiqh do not even have a section or chapter to the study of maqasid, until al-Shatibi [1388] gave Maqasid al-Shariah a special emphasis.

Here in this paper we are not going to discuss the order of importance or priority to these five objectives of Shariah, or Maqasid al-shariah. But I share the view of Gamal Eldin Attia (2010) that we have to acknowledge the arrangement posed by al-Ghazali *(505 HA/1111 AC), which became most widely acceptable thereafter, notably in the following order of priority:

Foundation Dedicated to Share Knowledge to Mankind, Irrespective of Religious and Political Beliefs.

CENTER OF RESEARCH ON ISLAMIC MANAGEMENT AND BUSINESS 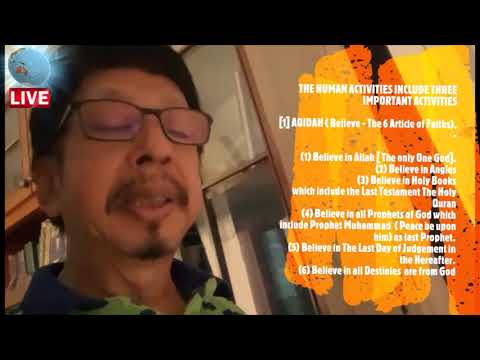 ISLAM - THE BEST FOR MANKIND

ISLAMIC MANAGEMENT AS AN ALTERNATIVE